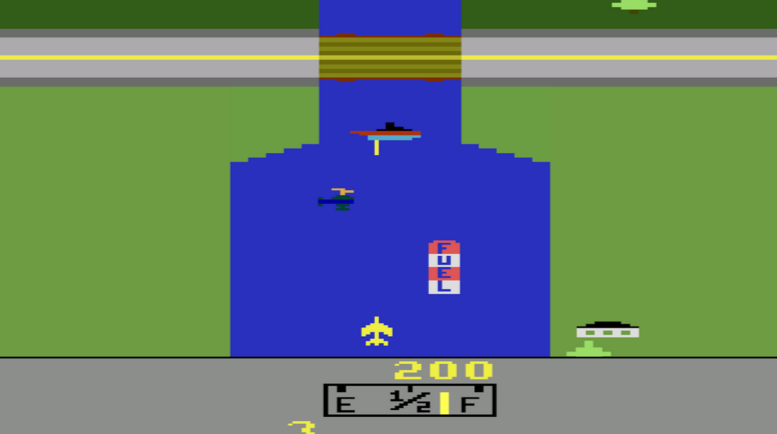 “Carol Shaw was born and raised in Palo Alto, CA. Always excellent at math, it wasn’t until she inherited her brothers’ model railroad that Shaw began tinkering with electronics: “I actually designed some circuitry … with some transistors and stuff that would turn on the signal light for various blocks showing there was a train up ahead.”

Fresh out of Berkeley’s Computer Science graduate program, Shaw accepted a position at game-maker Atari in the late 1970s. Wearing thick-rimmed glasses and flannel, she biked 10 miles each way to design and program video games.

Eventually landing at Activision, Shaw programmed one of the Atari’s best-known shooter games, River Raid. For the first time, gamers could experience an inordinate amount of non-random, repeating terrain despite constrictive memory limits. River Raid was the first game that allowed the shooter to accelerate and slow down all over the screen.

Shaw’s work as a pioneer game designer has made her a legend to two generations of tech pros and gamers.“